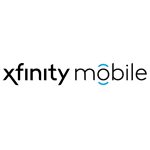 Xfinity Mobile is three years old and reports having 2 million customers. The company scored a 79 in the ACSI rating system, which in addition to being the highest among full-service MVNOs was also the second-highest among all wireless carriers in three categories studied, including mobile network operators, full-service MVNOs and value MVNOs. Consumer Cellular, which was included in the value MVNO category, had the highest satisfaction overall at 83.

Xfinity Mobile also received the highest rating overall for the quality of its app.

Xfinity Mobile Satisfaction
Comcast has pointed to the options of letting subscribers buy data by the gigabyte or as an unlimited service as distinguishing features that drove the popularity of the service.

The By the Gig Shared Data plan was introduced last summer. A rationale for the service – and perhaps a reason that it aids the services’ customer service rating – is that most customers don’t need an unlimited plan. CTIA’s 2019 annual report found that average consumers use 6.6 GB of data per month. This makes the savings and flexibility of the by-the-gig option attractive.

Earlier this month, Comcast said that the Xfinity Mobile 5G service will run on the Verizon network through an MNVO agreement. It will be available in parts of 34 markets. Where it is not, Xfinity Mobile will us Verizon LTE or Comcast WiFi.

One thought on “ACSI: In its Debut, Xfinity Mobile Tops in Satisfaction Among Full Service MVNOs”