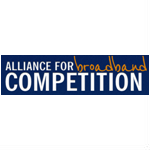 A recently launched opposition group yesterday sent a letter to the Federal Communications Commission to protest Verizon Wireless’s co-marketing agreements with four of the nation’s largest cable companies and the partners’ plan to create a joint operating entity to develop technology to integrate wireless and wireline technology.

“These new relationships have changed market dynamics in significant ways by giving the parties strong incentives to cooperate rather than compete,” wrote the Alliance for Broadband Competition in the letter. Created earlier this month, the alliance includes Sprint, T-Mobile, the Rural Cellular Association, and others.

The letter takes aim at two recent cable company initiatives. These include the second WiFi path that Comcast is now offering customers to enable them to stream the cable company’s own Xfinity content to an Xbox 360 console over the Internet without counting toward data caps, as well as the new CableWiFi offering that lets customers of one cable company use another cable company’s WiFi infrastructure at no charge.

The Verizon/cable opponents argue that a second WiFi path, such as the one established for Xfinity, could also be used to exempt Verizon Wireless or other preferred over-the-top traffic from typical broadband caps.

In the case of CableWiFi, the Alliance for Broadband Competition argues that if, for example, Verizon Wireless were to gain exclusive access to the offering, competitive wireless carriers would be at a disadvantage. Another possible danger is that Verizon and the cable companies would customize the WiFi offload network in a way that gives Verizon Wireless customers capabilities not available to customers of other carriers, the alliance says.

The letter also questions how easy it would be for other parties to create similar WiFi offload networks, considering that those networks would require underlying wireline links. “In most areas of the country there are only two such wireline networks with the ubiquity and capacity for carrying this traffic: the incumbent cable system and the incumbent local exchange telephone carrier,” the letter states.

The alliance letter urges the FCC to “fully explore” the arrangements surrounding the CableWiFi network and other WiFi initiatives that the joint operating entity plans to address. At a minimum, the alliance asks the FCC to ask parties to “clearly state whether they will impose any commercial or practical limitation on access to the WiFi network, whether they will make their wireline networks available for use by competing WiFi offload networks on non-discriminatory terms and conditions and whether technologies developed by the [joint operating entity] will be used to discriminate among those accessing the network.”

Verizon and the cable companies maintain that their co-marketing agreements do not require regulatory approval.