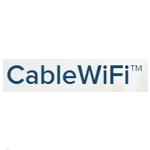 Big national cable players have a legacy of joining forces for the common good. They have great successes, CableLabs as an example, and notable failures, Pivot Wireless comes to mind. The latest effort involves harnessing and leveraging the growing appetite for Wi-Fi access, with CableWifi.

“This effort adds great value to our high speed Internet customers by providing free wireless Internet access on all of their WiFi enabled devices in our markets and additional areas across the country,” said Nomi Bergman, President of Bright House Networks in the press release.

A uniform Wi-Fi SSID of CableWiFi will be used for all participating networks, allowing authenticated users free access to this footprint. Initially, customers will have to initiate an individual session at these hotspots, but the consortium will introduce automatic connect technology, allowing subscribers to seamlessly roam across the hotspot footprint. A new website, CableWifi.com, has launched explaining the initiative.

Even in an era of wireless broadband wide area network technologies like 4G, Wi-Fi still maintains itself as a critical technology for the overall broadband economy. Wi-Fi offload of bandwidth intensive mobile applications is a key strategy for the proliferation of 4G. Just about every portable consumer electronic device ships with a Wi-Fi chip now, making Wi-Fi the most ubiquitous of all broadband technologies today.

The cable industry wants to participate in mobile broadband. After several different strategies, it appears they have settled on this Wi-Fi strategy, complemented by their fast moving resale and marketing relationship with Verizon Wireless.