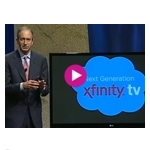 I’ve been covering both the IPTV and cable sectors for the past decade. What I’ve witnessed is typical of most competitive scenarios. Upstarts, IPTV providers in this example, try to take market share away from incumbents, cable MSOs in this example, by offering more innovation in the targeted product, subscription video in this example, in addition to pricing it competitively.

Cable companies followed this scenario for telephony services with great success. They improved the home phone experience with bundled VoIP offers that added utility and value over plain old telephone service (POTS), and took millions of subscribers away from incumbent phone companies in the process.

IPTV operators also followed this scenario (although not to the level of success that cable had with telephony). By using the innovation that IP enables, they introduced a fresh new approach to video service, improving on the video experience with tools like better interactive program guides and integrating communications services like caller ID into the television.

Using IP technology, telcoTV providers added even more features like integrating apps and widgets into the overall video experience. Examples include Verizon’s FiOS Widget Bazaar and AT&T’s Multi-View. FiOS customers have been able to interact with Twitter, Facebook, and YouTube for quite some time now.

But the news coming out of Chicago this week during the Cable Show points to a closing of this interactivity and apps gap. Depending on your perspective, maybe even surpassing the IPTV benchmark. Comcast unveiled a flurry of product enhancement announcements that when implemented, will help close this aforementioned gap, including Skype integration and the manifestation of the much rumored Project Excalibur.

Excalibur is Comcast’s next generation Xfinity TV experience which combines a new set-top-box, new interactive guide, app integration, and new discovery and personalization options. Much of this functionality is being managed through the ‘cloud.’ The new services are currently undergoing trials in Augusta, Georgia. According to Comcast, the new features include:

And it’s not just Comcast. Cox and other cable MSOs are moving forward in similar ways. It all adds up to the closing of the gap with telcoTV providers that I referred to earlier. So much so, Verizon felt compelled to issue a press release this week saying, hey despite what you hear coming out of Chicago, we’ve got some cool stuff too.