Home » SpaceX Could Be the Next Satellite Broadband Provider 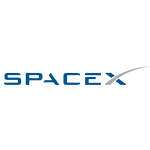 Rocket and space exploration company SpaceX could be the next satellite broadband provider if the FCC moves ahead with commission chairman Ajit Pai’s recommendation to approve the company to offer those services.

SpaceX broadband would be somewhat different from existing satellite broadband offerings, in that it would be delivered from low-earth orbit satellites rather than geostationary satellites – an approach that should support lower-latency services.

After a careful review of an application from SpaceX, Pai said in a statement that unleashing “the power of satellite constellations” could support high-speed internet to rural Americans. Because low-earth orbit satellites are located closer to earth in comparison with geostationary satellites, they have smaller coverage footprints, requiring more of them to be deployed. The numerous satellites supporting low-earth orbit offerings are known as “constellations.”

Traditionally, another concern about satellite broadband has been limited capacity. Providers have tended to limit the amount of data customers can consume. According to one news report, the SpaceX broadband offering would have more capacity than traditional satellite broadband offerings, but it is unclear whether that capacity would be sufficient to put the service on level footing with wireline offerings.

SpaceX could have competition in the low earth orbit market, as a company known as One Web has similar plans.

It will be interesting to see if SpaceX participates in the upcoming CAF auction. Another opportunity for the company might be to participate in the remote areas portion of the CAF program, which will focus on satellite and broadband wireless solutions for unserved U.S. households that would be the costliest to serve using landline options.