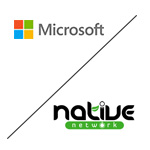 Native Network and Microsoft Corp. have teamed up to provide broadband internet access to approximately 73,500 unserved people in rural communities in Washington and Montana, the companies announced today. The partnership is part of the Microsoft Airband Initiative, which plans to extend broadband access to 2 million of the estimated 19.4 million people in unserved portions of rural America. The new Microsoft Airband partner focuses on tribal locations.

Microsoft’s target goal for its broadband expansion in these areas is July 4, 2022.

The announcement is one of several Microsoft has announced recently to expand broadband in rural areas:

Microsoft plans to bring services to about 126,700 previously unserved people in rural communities in Illinois, Iowa and South Dakota, through a partnership with Network Business Systems.

The company partnered with Agile Networks and Airband to offer high-speed broadband to 110,000 people in rural Ohio.

“Broadband is the electricity of the 21st century and is critical for farmers, small-business owners, health-care practitioners, educators and students to thrive in today’s digital economy,” said Microsoft President Brad Smith, in a prepared statement.“The partnership with Native Network will help close the digital divide in rural Montana and Washington, bringing access to approximately 73,500 people within and around the tribal communities.”