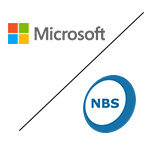 Microsoft and rural broadband services provider Network Business Systems will offer broadband access to residents of rural communities in Illinois, Iowa and South Dakota, according to the two companies. About 126,700 previously unserved people are covered by the agreement, which is part of the Microsoft Airband Initiative.

The project will use wireless technologies, including TV white spaces.

“Everyone deserves to have access to broadband — no matter where they live — because access to broadband is access to digital opportunity,” Shelley McKinley, Microsoft’s head of Technology and Corporate Responsibility, said in a press release. “Our partnership with Network Business Systems will help ensure that hundreds of thousands of people in Illinois, Iowa and South Dakota can participate in the 21st century economy.”

The program likely will be welcomed by those citizens. About 36% of people in rural Illinois, 22% in rural Iowa and 25% in rural South Dakota don’t have broadband access. The Airband Initiative aims to provide access to 2 million rural Americans by July 4, 2022. It will use a variety of technologies.

Microsoft also wants to train people in the newly connected areas and reinvest proceeds to expand the program.

Across the U.S., 19.4 million people in rural areas lack access to broadband internet, according to the Microsoft press release.