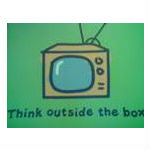 A long rumored deal between Verizon and Intel for Intel’s OTT media platform, OnCue, was confirmed today by both companies. Intel launched the high profile effort several years ago, with an aim of offering an Internet-delivered TV platform to compete with traditional pay TV offers.

Programming rights and other complex issues stalled the effort and after investing significant dollars, Intel began looking for an exit strategy.

Verizon OTT Ambitions
“The transaction will accelerate the availability of next-generation video services, both integrated with Verizon FiOS fiber-optic networks and delivered ‘over the top’ to any device,” reports Verizon in a press release announcing the transaction. Verizon OTT efforts have accelerated in the past few years, including their Redbox Instant initiative and other acquisitions, including Edgecast.

Verizon is buying the intellectual property rights and other assets that powered Intel’s OnCue Cloud TV platform and is also extending employment offers to the 350-person OnCue business unit. Terms for the transaction were not revealed. Verizon is making it quite clear that they intend to leverage this acquisition to help differentiate FiOS TV and to bring more video capability to their 4G LTE mobile broadband network. It’s all leading to an interesting competitive dynamic in the pay TV business, which pits traditional pay TV providers against each other and against upstart OTT firms.

Change of Heart?
Just a couple years ago, this burgeoning competitive battle might have been overlooked. In some ways, back then, it appeared that Verizon was moving away from the TV business, and perhaps ceding it to the cable industry, focusing more on wireless and mobile broadband. Verizon partnered with the cable industry to in effect, resell each others’ services and marry the cable industry’s video services with Verizon’s mobile broadband services. Verizon purchased cable wireless spectrum assets as a part of that deal and there were even suggestions that Verizon might eventually abandon FiOS. There were significant anti-competitive alarms raised as many feared the co-marketing arrangement would end serious competition between Verizon and the cable industry. But that doesn’t appear to be happening.

In fact, it appears the opposite is occurring. Both the cable industry and Verizon appear to be targeting each others’ customers, perhaps with the goal of turning each others’ strengths into dumb pipes. Verizon appears to be trying to build an infrastructure that can deliver a video service anywhere on any device. It’s a bit disparate now, but they are assembling the pieces that could result in a virtual MSO type of service that can ride not only their broadband pipes into consumer homes, but also Comcast’s, Cox’s, and Time Warner Cable’s – all of their previous co-marketing partners. Verizon also wants to leverage their wireless assets to differentiate their video offers.

On the other hand, the cable industry is busily doing the same thing, and although cable companies don’t own a wireless network, they are making more and more of their content available on any device, allowing them to eventually deliver their video experience and their growing content assets over Verizon Wireless’s mobile broadband network. The race appears to be back on — co-marketing arrangements be damned.

Pay TV Transformation
All of this activity highlights the transformation of the pay TV industry before our eyes. The movement of content into the cloud, accessible from multiple paths, helps to level the playing field. It allows companies like Netflix and others to disrupt the traditional pay TV business. And while the traditional pay TV model is far from being on life support, most people in the business recognize it is being transformed. Traditional providers like Comcast (and Verizon) have to adapt to the realities of the marketplace and defend their core business, not only from each other, but from an emerging class of cloud TV providers.

They are all trying to figure out exactly how to do that, hence all this ongoing investment, acquisitions, R&D, and product enhancements. For the most part, traditional providers seem to be holding their own, with real, but limited pain. This transformation will only continue to accelerate though, and there will certainly be more clear winners and losers to come.