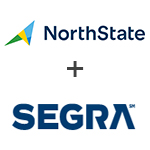 Fiber network consolidator Segra will be expanding with the news today that it plans to acquire/ merge with North State Communications (NorthState)– a company that started out over 100 years ago as a local telephone company, but which now has broadened into other areas, including offering a wide range of services for business customers.

NorthState is somewhat unusual among traditional independent telcos in that it serves some relatively large metro markets, including in the Piedmont Triad region of North Carolina.

Segra focuses on the Mid-Atlantic and Southeast. The company appears to be interested primarily in the business services that NorthState offers, as a press release highlights NorthState offerings such as data center colocation, customized cloud and IT solutions, managed disaster recovery services, cybersecurity, managed security and unified communications. Segra was formed after European private equity firm EQT acquired Lumos Networks and Spirit Communications in 2017.

According to a press release, Segra now has more then 23,000 miles of fiber that connect more than 9,000 on-net locations and six data centers throughout nine Mid-Atlantic and Southeastern states.

Segra will pay $80 per share for Class A and Class B of NorthState’s common stock, which represents an enterprise value of approximately $240 million. Other financial details about the deal can be found in the press release.

EQT also has announced plans to partner with another investment firm, Digital Colony, to acquire fiber network operator Zayo Group Holdings. Zayo itself has acquired numerous other fiber network operators in recent years. The company is one of several entities – including Wave, Conterra and others — that have fueled the fiber network consolidation trend, which industry lender CoBank sees driven by broadband competition, rural coverage and wireless densification.

Earlier this year, CoBank noted that fiber valuations had increased approximately 30% over the previous 12 months.