Home » CoBank: Deals are Driving Fiber Network Valuations Higher and Cable, RLEC Networks May Be Next in Line 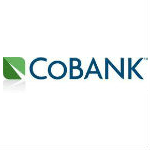 Fiber network consolidation has driven up the value of fiber networks for strategic buyers and infrastructure funds, notes rural communications infrastructure financing company CoBank in a new report. As CoBank notes, though, the number of fiber networks available for acquisition has declined, causing the report authors to speculate that investors will turn their attention next to regional cable operators and potentially to rural local exchange carriers (RLECs).

Driving fiber consolidation and fiber network values is Americans’ growing demand for bandwidth, the report notes. The authors cite research from Deloitte that forecasts the need for an estimated $130 billion to $150 billion in fiber infrastructure investment over the next five to seven years. Key demand drivers include broadband competition, rural coverage and wireless densification.

According to CoBank, fiber valuations have increased approximately 30% over the last 12 months, and some buyers have paid multiples above 20 times earnings before interest, taxes, depreciation and amortization (EBITDA).

The authors caution that “there is clearly a disconnect between public (e.g. fiber operator Zayo) and private fiber valuations.” The report attributes this disparity to “volatility in equity markets and waning investor confidence that have resulted in public valuations coming in much lower than private valuations.”

“Infrastructure funds have a much longer time horizon, and strategic buyers enjoy synergies that will allow them to pay a higher multiple versus myopically focused public equity investors,” the authors wrote.

With so many deals in the rear-view mirror, CoBank noted that FiberLight, which has 14,000 route miles of fiber, is one of few remaining privately held fiber network operators that has yet to be acquired.

Although CoBank didn’t point specifically to the category, it would seem that statewide and regional fiber networks owned by RLEC consortia might be a particularly attractive category for such investors.