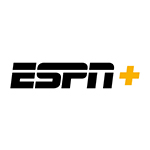 “Reaching one million paid subscribers is an important milestone for any video subscription service, but reaching this benchmark in such a short amount of time is an incredible testament to the teams from DTCI and ESPN who have worked tirelessly to bring this product to market and continually improve it since our April launch,” said Kevin Mayer, chairman, Direct-to-Consumer and International, The Walt Disney Company in a prepared statement. “We’re thrilled so many sports fans have quickly come to love the service. The future is bright and we believe growth will continue as we add features, distribution partners and more exclusive content in the coming months.”

ESPN, once the gold standard for the legacy pay-TV subscription model, has suffered some significant losses at the hands of declining pay-TV subscriptions. At its peak ESPN had 100+ million subscribers, but that number has dropped with 88 million reported in mid-2017, it’s lowest in 14 years.

ESPN+ was seen as an admission by ESPN and its parent company Disney, that shifting consumer behavior required a direct-to-consumer offer – a stance the company resisted for some time.

Of course, the OTT landscape has shifted dramatically in the past few years. ESPN and Disney aren’t the only legacy media companies to make the move to OTT. CBS, HBO, and Starz are just a few old school media brands that have now embraced a direct-to-consumer OTT play. Disney will soon launch another, as will AT&T, the new owner of Time Warner.