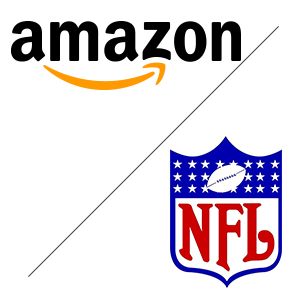 Amazon and the NFL announced a new NFL streaming deal, which will make Amazon the exclusive streaming partner for NFL games over the next 3 seasons. The deal comes amidst a brewing controversy regarding the continuation of payment for sports fees when no live sports are actually occurring.

Amazon will become the exclusive provider of NFL game streaming for Thursday night football games, which are broadcast by Fox. The streamed games will be available on Amazon Prime Video and Twitch, Amazon says. Amazon Prime Video alone has 150 million paid members worldwide.

Additionally, Amazon will gain access to exclusively stream one other NFL game in 2020. That game will be played on a Saturday in the second half of the season. The streamed game will also still be shown through traditional TV in the local markets of the two teams who are playing.

“We are thrilled to renew our Thursday Night Football deal with the NFL, and are excited to expand our relationship to include exclusive global streaming rights to an additional regular season game in 2020,” said Marie Donoghue, Vice President of Global Sports Video at Amazon in a press release about the NFL streaming deal. “We know Prime members and the Twitch community around the world love the NFL, and we remain committed to giving them the best and most customizable streaming experience possible, with a broad selection of premium content available at their fingertips.”

Terms of the deal were not disclosed, but CNBC reports the deal is north of the reported $130 million Amazon paid for the previous 2018 agreement.

Amazon and the NFL first struck an NFL streaming deal back in 2016, although that first partnership didn’t include live games.

Epic Sports Fees Debate
This NFL streaming deal highlights a brewing high profile controversy regarding sports programming rights. There is a debate right now centered on whether networks like ESPN and regional sports networks should be charging their normal monthly programming fees to pay-TV distributors, since live sports have been halted due to the pandemic.

Those fees get passed on to consumers on their monthly pay-TV bill, so in effect, consumers are paying for something that is not actually taking place. And in a crushing economic environment, like we have today, every dollar counts.

This is coming to a head, with Dish proclaiming they do not intend to pay ESPN somewhere between $80 and $100 million for April programming, due to the lack of live sports. Dish says they intend to refund their customers for these fees.

“Charlie Ergen is trying to get out of the ESPN contract by claiming force majeure,” a source told the New York post, which is covering this debate.

The debate highlights a potential epic battle that could impact the entire professional sports and pay-TV business model. Sports are the highest cost (collectively) programming for pay-TV, and also are some of the highest rated programming, especially the NFL. Sports leagues like the NBA and MLB are dependent on pay-TV revenues to operate and pay the high salaries of sports stars.

Should pay-TV distributors decide that collectively they are not going to pay for sports programming rights, the whole model could crumble.

“The multibillion dollar question becomes: what is stopping distributors from invoking force majeure?” notes industry analyst Rich Greenfield in a blog post. “We believe there has to be a tipping point where enough sports have not occurred that distributors will refuse to pay sports network programmers.”