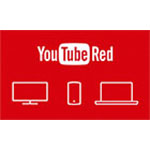 Google’s YouTube unit will add another option to the growing OTT video subscription model with the launch of YouTube Red. The new YouTube OTT service will launch October 28th.

YouTube OTT Subscription Service
YouTube is doing something interesting with Red. It’s not just a YouTube OTT video service. YouTube is very much about music as well. Spend some time with a teenager and you’ll see just how much YouTube has become about music.

With Red, YouTube is adding a new YouTube Music service as well. In fact if you subscribe to Google Play Music,  their existing streaming music service, you’ll automatically get access to Red at no additional cost. The streaming music landscape is quite competitive these days, and this gives Google some differentiation over Apple Music, Spotify, and others, by combining music and video into a single subscription.

There’s more though. YouTube also includes their new YouTube Gaming channel, which competes with Amazon’s Twitch unit. The growth of eSports is significant, where viewers tune in to watch people play video games in real time.

YouTube will also start creating original content for the channel, beginning next year. They are partnering with some of YouTube’s existing channels for original content development, including scripted series. So with Red, YouTube is trying to create a destination for video, music, and games, hoping to create a new, differentiated approach to OTT.