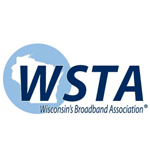 Most Wisconsin property taxes are paid to local governments. The telephone company property tax, however, is paid to and controlled by the state. This means that the bill will have no fiscal impact on local governments, according to a press release from WSTA — Wisconsin’s Broadband Association.

The targeted exemption for new and existing investments also is a step in leveling the playing field between how cable and telephone companies are taxed, according to the WSTA. The press release notes that cable companies already had a property tax exemption on their voice, video and data infrastructure. But until now, the telcos paid property taxes on the same triple play bundles.

The WSTA lauded the action. “By enacting this new law, Wisconsin will help providers stretch their resources and help connect more broadband customers in rural and underserved Wisconsin,” Esbeck said in a press release. “We sincerely appreciate the support the legislation received from both sides of the aisle to promote broadband expansion in rural and underserved communities.”

Rural broadband appears to be getting a lot of attention in the Badger State. The Wisconsin Legislature approved and Evers signed what the WSTA termed “a historic” increase in funding for the Broadband Expansion Grant Program in the 2019-2021 Biennial Budget, according to WSTA.

States increasingly are interested in spurring broadband deployment.Wisconsin is an example of a state that is using both direct funding programs and indirect financial incentives such as those included in the new legislation.