Home » Will Telecom Go the Way of Newspapers? 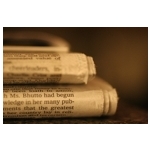 Listening to all the Supercomm keynotes, I was most struck by Tom Rogers, CEO of TiVo. He offered some very provocative views of the future of video and telecom’s role in it. Rogers focused on the growing role of broadband and over-the-top video and implications for telecom carriers.  Obviously Rogers has some bias on these issues, since TiVo plans to play a big role in the distribution of said video. Nevertheless, he had some interesting opinions.

Rogers had a few key points. First, he passionately believes that all video content, including today’s linear television programming, will be available on demand via the Internet. The question is only when. He went on to suggest that in the context of his reality, telcos (and cable companies) are making a huge mistake by ‘standing on the sideline and watching’ this transformation take place. Rogers believes telcos are in a great position because they have the ability to control the entertainment experience for their customers. As a result, they should be embracing broadband video and finding out ways to enhance the experience for customers, not trying to control or restrict it for fear of losing traditional subscription revenue from video services.

Rogers says current telco and cable thinking is potentially a huge mistake. He likened it to the colossal mistakes the newspaper industry has made relative to content flow over the Internet. Rogers argued that newspapers were so focused on trying to figure out how to sustain traditional revenue streams that they may have irrevocably missed the opportunity presented by the Internet. In effect, they were managing by and focused on fear. He suggested that telcos may be making that same mistake now with broadband video.

When pressed about translating this vision into actual business models, Rogers got a little more vague. Herein lies the challenge. It’s easy to provide provocative insight on video market trends – much more difficult to outline how carriers actually make a business of it. Rogers point, I believe, is that the larger question is an issue of focus and priority. If more focus centers on how to preserve traditional models than on how to incubate and develop new ones, the world may just pass you by. It’s a matter of priority.

2 thoughts on “Will Telecom Go the Way of Newspapers?”