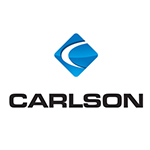 White spaces broadband equipment manufacturer Carlson Wireless aims to use crowdfunding to build the next generation of its equipment. An informational page about Carlson on the Crowdfunder site indicates that the company hopes to raise $5 million within the next 135 days. The company also is using AngelList as a crowdfunding platform but that site does not include an investment target.

Carlson has not previously used this method of fundraising. But a company spokeswoman said in an email to Telecompetitor that the company made the choice this time because “we were hoping to communicate to a wider audience and get the word out about TV white spaces and the benefits of this technology.”

TV white spaces equipment operates in vacant TV broadcast bands on an unlicensed basis and works without line of site to provide broadband wirelessly. Carlson’s current generation equipment offers speeds of up to 12 Mbps over distances as great as 10 kilometers. The next-generation equipment is targeting speeds of up to 25 Mbps over distances of up to 20 kilometers. Additionally the number of users that can be connected will be expanded from 25 to 100.

White Spaces Manufacturer to Tap Crowdfunding
Those wanting to help fund Carlson through the initiative launched today must be accredited investors, as defined by the SEC. Investment gives those making the investment a share of the company.

“There are many technology companies, including equipment manufacturers successfully using crowdfunding,” the spokeswoman noted.

Asked how Carlson will get the word out to potential investors, the spokeswoman noted that crowdfunding platforms such as AngelList and Crowdfunder attract investors.

Although TV white spaces broadband has wide appeal in developing markets overseas, some U.S. wireless Internet service providers have used Carlson equipment to deliver broadband to rural areas that lack other broadband options or that only have satellite Internet or low-speed DSL available to them.

Among other things, Carlson’s next-generation white spaces equipment is expected to enable affordable community hotspots. Although earlier-generation equipment also could be used for this purpose, the spokeswoman noted that in the next generation, “the price of the client radios will be reduced . . . making it more affordable for rural communities.”

Carlson hopes to have the next-generation equipment available by the end of this year.