Home » When All Else Fails, Why Not Just do a Triple Play Slam? 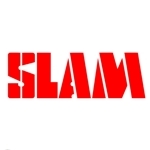 An interesting story unfolded in the Hudson Valley town of Rosendale, New York. A couple who subscribed to Verizon for telephone service and Time Warner Cable (TWC) for broadband found themselves the apparent victim of a ‘triple play slam.’

The concept of slamming has been around for a while. It’s historically associated with long distance service, where long distance companies have been accused of switching customers to their service, away from a competitor, without the customer’s knowledge or blessing. It’s a practice that’s died down in the era of mobile phones and broadband. But is it making a comeback?

The Daily Freeman highlights Louis and Cindy Bush of Rosendale, who say they resisted TWC’s aggressive sales tactics to get them to switch to TWC’s phone service through a triple play bundle. They say they flatly turned down the introductory $99 triple play offer on several occasions.

Yet to their amazement, one afternoon, a TWC technician shows up at their home to hook up their ‘new triple play service.’ Their phone no longer worked either, suggesting someone placed a port order away from Verizon, presumably to TWC. Louis Bush’s response, “I told him I never authorized this,” he tells the Daily Freeman.

In fact, Verizon confirmed, they received an electronic order to port the Bush’s phone number to TWC. TWC says they are investigating the incident. It took a call to the Public Service Commission to get the issue resolved.

Makes you wonder if the intensity of competition between telephone and cable companies for triple play subscribers will lead to a new wave of slamming – of the triple play variety?

2 thoughts on “When All Else Fails, Why Not Just do a Triple Play Slam?”