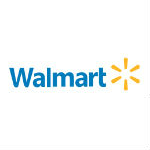 Walmart announced a new service that allows customers to digitize their physical disc DVD library. Walmart is leveraging their VUDU brand for the service, which allows customers to bring in their DVD titles and digitize them for viewing access from a range of digital devices, sans the physical DVD disk. It’s an example of a consumer cloud application and a boost for the Ultraviolet cloud initiative.

“It’s time to unlock your DVDs America! The freedom to watch your movies any time, any place is here! Walmart is giving physical DVD/Blu-ray collections across the country a second life by turning them into digital movies,” states Walmart in a press release.

The service charges $2 for a standard definition title and consumers can upgrade their digitized version to HD for $5. Consumers can build a digitized library and access that content via broadband from TVs, PCs, smartphones, and tablets.

The service is a product of the Digital Entertainment Content Ecosystem’s Ultraviolet initiative, which is a consortium of companies from the content ecosystem, including numerous Hollywood studios. Notably absent from the Ultraviolet consortium are Disney and Apple, leading to skepticism of its long-term future. Participating studios include Fox, Paramount, Sony, Warner Bros., and Universal.

This will be interesting to watch. Walmart is the biggest retailer of physical entertainment products and can move markets. If Ultraviolet is eventually successful, they will probably look back on this development as the beginning of that success. It’s certainly not guaranteed and Ultraviolet has its share of detractors. As is the case with all of these initiatives, the end consumer will be the ultimate judge.