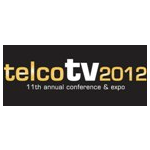 The TelcoTV conference in Las Vegas this week is offering service providers a wide range of ideas about how to make money in the video service arena. A keynote by Robert Mudge, president of consumer and mass business at Verizon was particularly useful, as was a keynote interview with Windstream President and CEO Jeff Gardner. The results of Heavy Reading’s 2012 State of the Video Consumer Survey, presented by Heavy Reading Senior Analyst Aditya Kishore, also offered some interesting ideas.

Mudge’s keynote highlighted several Verizon success stories that could offer lessons for other carriers about the video market, including:

Although Windstream is a publicly held price cap carrier, its largely rural serving area is quite similar to that of smaller rate of return carriers. Windstream relies primarily on high-speed DSL for broadband, supporting speeds up to 24 Mbps and has broadband take rates of 70%, Gardner said. The Windstream CEO offered several ideas about using video to maximize revenues from its broadband offerings:

Heavy Reading’s research was based on an online survey completed by 528 respondents. Several of this year’s findings suggest opportunities for service providers, including: