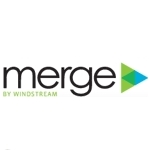 Windstream has been somewhat on the sidelines with video, relative to their telco peers. Looks like that’s changing somewhat, with news today that Windstream will launch Merge, a new bundled video streaming offer.

Rather than a standalone video streaming product, Merge is a bundled offer that highlights the “merging” of broadband and video, for an “entertainment superhighway” (their words, not mine) experience. Merge appears to be a new way to package existing products. In basic terms, Windstream has combined a Roku streaming set-top-box with their broadband service, and unlimited voice calling, creating a new brand/product around it. Voila, Merge.

“With the explosive growth of streaming content, the ‘information superhighway’ has become outdated,” said David Redmond, Windstream’s vice president of consumer marketing in a Windstream press release. “We created Merge to give our customers access to something better: what we call the ‘entertainment superhighway.’ From movies to first-run and classic television shows, gaming to social networking and more, our customers will use Merge to experience their favorite content on the biggest screens in their homes…their TVs.”

The new offer includes a six month subscription to Hulu Plus and access to typical Roku channels, like Netflix, Amazon Instant Video, and others. This appears to be the first high profile service provider distribution partnership for Roku. The Merge offer includes the Roku 2 HD streaming box, which normally retails for $49. Windstream is emphasizing the Wi-Fi connectivity of the Roku 2 box for Internet access. It also offers 720P HD viewing.

Merge does not offer, at least not yet, any managed attempt at TV Everywhere, where content is made available on multiple devices. The focus for now is the TV. Windstream is currently offering Merge in their incumbent territory only.

Merge is offered in three pricing options, $62.99, $64.99, and $67.99 per month. The differences are largely based on Internet speeds, although Windstream does not specify the exact speeds that are offered for each package. Windstream currently offers DSL broadband tiers of 3 Mbps,  6 Mbps, and 12 Mbps. The current promotional package includes the Roku Box, a wireless modem, six free months of Hulu Plus, and the first month of service for free, with a normal $75 activation fee waived.

Merge is really a lesson in marketing. Leverage the growing demand for OTT video by packaging it with broadband and unlimited voice for a new approach at the triple play bundle. Windstream has avoided the intensive investment necessary for their own video service, relying instead on DBS bundled video. Merge expands their triple play approach.

It will also be interesting to see if Roku expands their service provider distribution strategy. I’m sure many other service providers, particularly smaller carriers who have not invested in their own video offer, would be quite interested, even though the margins for the box itself will be razor thin, if existent at all. But this strategy is about selling broadband bundles, not making money on inexpensive OTT streaming STBs.