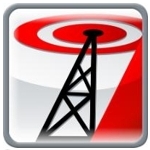 Following the lead of AT&T, Cablevision, and others Verizon will offer free nationwide Wi-Fi to its broadband subscribers. Verizon had been studying the concept, and the move was widely expected. Taking a stab at a chief rival, Cablevision, Verizon point out their Wi-Fi service is nationwide, not regional in scope. “The Verizon Wi-Fi service is national, as well as regional, since customers don’t just travel only within their home region, just as they don’t access the Internet only while at home,” says Verizon in a company statement.

Verizon has a Wi-Fi relationship with Boingo, a Wi-Fi aggregator with access to 100,000 Wi-Fi hotspots. It’s not entirely clear at the time of this post as to whether Verizon broadband subs will have access to Boingo’s entire footprint. According to the Verizon Wi-Fi web page, Verizon subscribers who subscribe to a “High Speed Internet Plan with download speeds of up to 3 Mbps or higher,” receive Wi-Fi access at no additional charge.  Verizon Wi-Fi users will have to download a Wi-Fi client to use the service.