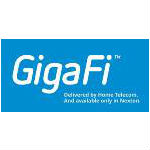 Home Telecom of Moncks Corner, South Carolina is the latest broadband carrier to join the Gigabit FTTH movement with the announcement of GigaFi in Nexton, South Carolina. Home is partnering with MWV Community Development and Land Management (MWV) to bring the ultra high speed broadband offer to the suburban Charleston, South Carolina community, where Home operates a CLEC.

The 4,500 acre planned community will eventually have 10K residential homes, 2K apartments and 6 million square feet of commercial space. The community is under construction with the first residential occupancy expected in Spring of 2014. The first commercial office building is near completion and Home will begin offering gigabit service to that building at the end of January 2014.

Home Telecom President and COO Will Helmly tells Telecompetitor that it is an exciting project for the independent telco. “Being a small LEC near the growing Charleston, SC, market competing with national telecoms – AT&T, TWC, and Comcast is a constant challenge,” Helmly said in an interview. “GigaFi will excite our area about fiber and Gigabit speeds. The technology partnership with Nexton, GigaFi, has given us the opportunity to have a living, working test environment. Experience gained in Nexton will allow us to prepare the implementation of Gigabit speeds in other areas, new and existing.”

Home joins a growing number of service providers who are introducing next generation broadband of 1,000 Mbps capability (or “gigabit” service) to their communities. Larger carriers including AT&T and CenturyLink are following suit with gigabit FTTH deployments, albeit in limited scope. Google has of course kick started the awareness of gigabit momentum with their announced Kansas City, Austin, and Provo plans, but several smaller carriers including EPB of Chattanooga pioneered the 1 Gig movement.  Home is installing a GPON based network in Nexton. “This partnership is unique in that we are designing an advanced, ‘all-IP’ network from the ground up, all the way into the premise,” says Helmly.

Home intends to take their experience in Nexton to other parts of their network and sees a bigger future for gigabit FTTH. They serve approximately 40% of their existing customer base with FTTH and offer speeds up to 110 Mbps today. “Nexton will be a living lab where we can design and test the most advanced services on the network of the future. Every community we serve will eventually gain from the lesson learned in Nexton,” says Helmly.