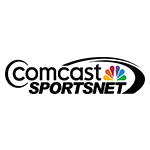 Sling TV announced carriage of select Comcast/NBC regional sports networks (RSNs), contributing to a trend of RSNs on OTT growth. RSNs are popular and important to sports loving subscribers who want coverage of local and regional teams. But they come at a cost. Usually a big one.

Sling TV will gain rights to CSN California, CSN Bay Area, CSN Chicago and CSN Mid-Atlantic by April 2nd, according to a Sling TV blog post. That’s about half of the Comcast/NBC RSNs, leaving off CSN Northwest, CSN New England, CSN Philadelphia, and CSN New York, but maybe those will come later.

Sling TV subscribers have to subscribe to Sling’s Blue package, priced at $25/month to gain access to these new RSNs. RSN access is limited to certain markets and access is determined by a subscriber’s billing zip code.

RSNs are some of the most expensive content on TV, on a per subscriber basis, and are often cited as a key contributor to rising cable bills. But as this growing RSNs on OTT carriage trend demonstrates, they are also key content assets to have for competitive channel line-ups. Everyone doesn’t want them, but those that do can be very noisy and persuasive.