The triple play has historically been defined as a bundle of voice, video, and broadband. And of late, the cable industry seems to be executing a triple play strategy quite well. For example, Comcast’s triple play strategy execution has helped vault them to the fourth largest phone company in the U.S. (by access line count) – all within three years. How many decades did it take Embarq/Sprint to be the fourth largest traditional phone company? If you look at recent quarterly reports, cable companies seem to be executing the triple play better than their telco competitors. Take a look at each industry’s core product. Comcast lost 132K of its core product (basic video subs) last quarter. AT&T and Verizon’s losses in core product (switched access lines) are now being measured in millions each quarter. Current indications suggest that a triple play bundle of voice, video, and broadband favors cable companies.

But what if the future of triple play really involves wireless? Whenever wireless is injected into a bundle discussion, it’s seems to be as a part of a “quad play” – voice, video, broadband, and wireless. But what if we redefined triple play as wireless, broadband, and video. If the future of wireline voice service lies with IP, then there really is no reason to delineate voice and broadband separately. The two should be combined into “broadband,” since voice will simply be one of many broadband applications (you could conceivably say the same for video, but that’s the subject of another post). In this regard, future triple play strategies may shift to wireless, broadband, and video. If so, than despite the short term troubles of telcos relative to their cable competitors, the long term looks quite bright for the telcos who are fortunate to have wireless assets. Consider that in 2Q08, AT&T’s ($12 billion) and Verizon’s ($12.1 billion) individual revenue from wireless alone dwarfs Comcast’s total revenue of $8.5 billion. So while telcos may be licking their wounds over switched access line losses in the short term, they may well be positioning themselves for long term triple play dominance, with wireless at the center of their strategy. 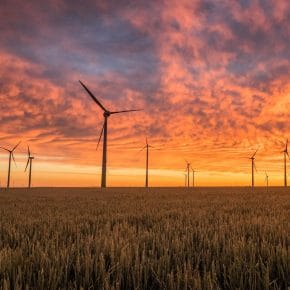