Home » Private LTE Could Be Coming Soon, Thanks to Google CBRS Band Efforts 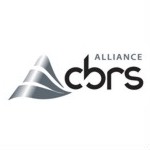 Considerable progress is being made in preparation for using Citizens Band Radio Service (CBRS) spectrum on a shared basis to support commercial and private wireless networks, according to separate announcements late last week from Google and Federated Wireless.

According to a company blog post, Google CBRS efforts already have helped address two of three requirements for the CBRS band to be “ready for prime time” – including hardware development and development of a spectrum access system (SAS).  And Federated Wireless said its CBRS band spectrum controller, which apparently provides functionality similar to the SAS, has been granted conditional certification from the FCC.

The FCC last year took steps to free up spectrum between 3550-3700 MHz for commercial use on a shared basis with incumbent military users, who will have priority in specific geographic areas where they have operations. The commission also plans to issue some licenses for the spectrum through an auction process and also to allow unlicensed use on the condition that the industry develop a method of enabling multiple users to share spectrum.

The Federated Wireless spectrum controller and the SAS, which comes from Google’s sister company Access Technologies, are both aimed at enabling spectrum sharing.

Google CBRS Vision
Wireless network operators are expected to participate in the CBRS auction and possibly also to use the spectrum on an unlicensed basis. In addition, Google envisions entities such as “enterprises, concert halls, sports arenas, theme parks, shopping malls – and yes even hotels and conference centers” using CBRS spectrum on an unlicensed basis to deploy private LTE networks. The company outlined its CBRS vision in a blog post published Friday.

In the blog post, the author noted that the availability of CBRS consumer devices isn’t far off and noted that Google has demonstrated end-to-end operation of phones using Qualcomm and Spreadtrum chipsets as well as MiFi devices from Juni/Infomark. The author also noted that on the network side, Google has formed a trusted tester program aimed at ensuring interoperability between CBRS base stations and the Access SAS.

“The Access SAS communicates to these radios and provisions spectrum in the band in accordance with FCC regulations and ultimately makes sure that the spectrum gets used fairly and efficiently,” the blog post states. Participating pre-testers include Nokia, Juni, ZTE, Sercomm, Ericsson and Ruckus Wireless.

The third requirement for CBRS to be “ready for prime time” is for wireless networks to actually be deployed in the band, the author notes.

Federated Wireless News
The Federated Wireless press release about conditional FCC certification of the company’s spectrum controller focuses primarily on the possibility of “operators” using CBRS spectrum on an unlicensed basis. And while operators could include non-traditional entities such as hotels and conference centers, the company notes that “all four major U.S. operators” (i.e. wireless carriers) have joined the CBRS Alliance.

Founded last year, that alliance aims to develop, market and promote LTE-based offerings in the CBRS band.  Founding members include Access Technologies and Federated Wireless, as well as Intel, Nokia, Qualcomm and Ruckus.  A press release announcing the CBRS Alliance founding noted the possibility of private LTE networks in the CBRS band that would allow roaming for all mobile network subscribers.

Friday’s Federated Wireless press release describes the company’s spectrum controller as a “100% cloud-based solution that eliminates the need for specialized hardware.” According to the release, “Federated Wireless’ spectrum controller allows spectrum to be allocated as needed, eliminating the need for operators to purchase entire bands of dormant spectrum.”

Also on Friday, Federated and Nokia said they are partnering on creating an LTE solution that will use the Federated spectrum controller in combination with Nokia’s indoor and outdoor small cell technology.