Home » Prepaid Wireless on the Rise, Aio is Latest Venture 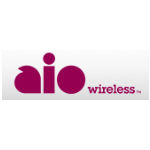 An announcement from AT&T today illustrates the increasing importance of prepaid wireless. The company announced a new prepaid nationwide voice and data offering under the Aio Wireless brand which, according to AT&T, offers a “first-class wireless experience at a value price without an annual contract.”

Although the Aio service offers nationwide coverage, it won’t be for sale nationwide – at least not right away. The service launches today in Houston, Orlando and Tampa, with “multiple markets” to roll out over the next year.

Aio Wireless service offers unlimited talk, text and data plans ranging from $35 to $70 per month, with price varying by market. The service will support 4G download speeds of up to 4 Mbps, AT&T said.

Because the service is prepaid, customers have to buy their own devices. A search on the Aio Wireless website for a Houston zip code showed smartphones ranging in price from $49 for the ZTE Prelude to $649 for the iPhone 5. The website also shows a basic phone for as low as $29.99 as well as a single tablet offering – the ZTE Velox for $179.

With traditional postpaid service having reached a saturation point, carriers are looking to prepaid offerings, along with machine-to-machine communications, for new growth. The latest research from wireless association CTIA shows 76.4 million U.S. prepaid subscribers as of year-end, representing 23.4% of total subscribers, up 6.6% from a year earlier.

AT&T has been quite active on the prepaid front in recent months, having previously announced enhancements to its GoPhone prepaid service, a prepaid smartphone plan and a prepaid plan for its wireless home phone offering. All of those offerings used the AT&T name.

According to AT&T, Aio should be pronounced “A-O.”