Home » O’Rielly: RUS Should Consult with the FCC on $600 Million Rural Broadband Pilot 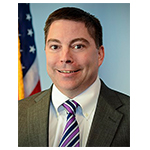 When it comes to federal rural broadband funding, FCC Commissioner Michael O’Rielly wants to make sure the left hand knows what the right hand is doing. Now that Congress has allocated $600 million in new funding to the Rural Utilities Service for a RUS rural broadband pilot, O’Rielly wants to make sure that program doesn’t work at cross purposes to the FCC.

The RUS pilot program and the FCC’s Universal Service Fund share the goal of bringing broadband to unserved or underserved rural areas. In a blog post, O’Rielly noted that the RUS pilot program “could be instrumental to filling coverage gaps in rural America not yet addressed by private companies and the FCC’s USF program – but only if it is implemented in a thoughtful and coordinated manner.”

“[I]t is imperative that RUS coordinate with the FCC to ensure the implementation of regulations preventing any overbuilding of USF funding recipients,” O’Rielly wrote.

Fortunately, both the USF and the RUS rural broadband pilot program use the same definition of broadband in determining which areas are unserved – those where broadband is not available at speeds of at least 10 Mbps downstream and 1 Mbps upstream.  Nevertheless, determining areas that the RUS should not overbuild may not be as straightforward as it might seem.

O’Rielly noted, for example, that USF funding is distributed over a longer timeframe in comparison with traditional grant programs. Accordingly, “parts of a USF recipient’s service territory that appear to be unserved today should not be considered unserved if they are required to be built out within a specified timeframe.”

The RUS program also should prevent funding recipients from “cherry-picking” and “hollowing out . . . the economic epicenters of small communities, leaving another program, such as USF, to pick up the surrounding portions at much greater cost,” O’Rielly argued.

Although a large amount of USF rural broadband funding already has been allocated, some remains to be awarded. O’Rielly noted, for example, that the reverse auction to award funding for some rural areas has not yet begun.

With that in mind, O’Rielly said, “Just as I hope that RUS will not duplicate the work of the FCC, I also want to ensure that we have the necessary data to ensure that a recipient of USF support from the FCC does not overbuild a different company receiving funding from the RUS pilot program.”

A third government agency whose efforts will need to be coordinated with the RUS and the FCC is the National Telecommunications and Information Administration (NTIA), O’Rielly argued. NTIA is responsible for broadband maps that indicate where broadband is available at specific download and upload speeds.

By working in a complementary fashion, the RUS and FCC should be able to ensure that broadband is deployed to as many Americans as possible, O’Rielly said in his blog post. He noted, for example, that the FCC has lacked the funding and resources to complete plans for the remote areas fund, which would help cover the cost of deploying broadband in areas of the U.S. that are most costly to serve.

If the RUS pilot program can reach into those areas, the country will be “much closer to achieving the objectives of universal service,” O’Rielly wrote.