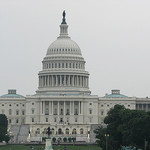 New rural broadband funding is included in the $1.3 trillion congressional omnibus bill to fund the government this year. The bill calls for an additional $600 million to be distributed through the Rural Utilities Service (RUS).

The funding authorizes the Secretary of Agriculture to create a pilot program within RUS that distributes the new funding in the form of grants and loans. There are details to be worked out, but the authorization calls for “expedited” delivery of the program.

A few conditions were mandated by the funding bill. They include:

“NTCA commends today’s action by Congress to include $600 million in the omnibus for rural broadband deployment through a new pilot program to be administered by the U.S. Department of Agriculture’s Rural Utilities Service (RUS),” said NTCA-The Rural Broadband Association CEO Shirley Bloomfield in a statement.

While $600 million is welcomed by the rural broadband industry, it’s somewhat less than what’s been recently discussed regarding an expansion of rural broadband funding through the congressional appropriations process. NRECA, for example, requested $2.5 billion to be allocated from the proposed annual $10 billion infrastructure funding allotment.

“In addition to the omnibus spending bill, electric co-ops are encouraging Congress to continue pursuing other legislative vehicles to secure additional rural broadband funding,” NRECA notes in a statement regarding the omnibus bill. “Other vehicles include the FY2019 spending bills, any potential infrastructure legislation, and the 2018 Farm Bill.”

Federal funding mechanisms are a complex maze these days, and this direct funding of $600 million will likely be joined by other funding through other mechanisms. President Trump’s infrastructure proposals for example call for additional rural infrastructure and broadband funding.

“We also look forward to further conversations with Congress, the agencies and other policymakers about additional steps and resources needed to deliver on this vision,” Bloomfield noted.

“We look forward to working with Congress and the Trump administration as they consider the omnibus and other legislation to help deploy rural broadband and modernize rural America,” NRECA CEO Jim Matheson added.

This spending bill is not yet law though. It still must get through Congress and be signed by the President, with a government shutdown deadline looming by the end of this Friday.

This post has been updated with additional comments from NRECA.