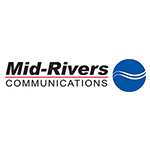 Montana-based broadband provider Mid-Rivers Communications has taken a contrarian approach to broadband pricing, adopting a usage-based rather than a speed-tier approach. The change to usage-based broadband has increased customer satisfaction and take rates – and while margins initially dropped, profitability was back to its previous level within six months, said Michael Candelaria, Mid-Rivers general manager and CEO, in an interview.

Critical to Mid-Rivers’ success was the decision to let all customers have the fastest available broadband speed.

“People have been paying for utilities by usage for some time,” he commented. Customers don’t tally up how much electricity they use and then order a 30-kilowatt plan and they don’t count how many showers they take to determine what kind of water plan they need, noted Candelaria.

“Why should the internet be any different?” he asked.  “Everybody should have good internet. It doesn’t matter if you’re rich, poor, you should be able to afford fast internet.”

Usage-based Broadband
Previously, when new customers would call Mid-Rivers, salespeople would ask about the number of people or devices in the home in an attempt to recommend the best plan for the customer.

Nevertheless, customers often would say “We just need internet. What’s the cheapest plan?” and would order the cheapest service, which offered a speed of 1.5 Mbps and cost $40 a month.

At speeds in the 1-3 Mbps range, customers were experiencing “pain points” such as buffering and “were beating us up on social media,” Candelaria recalled. Broadband take rates were flat or declining, depending on the market.

Delving into the data, the people at Mid-Rivers noted that fewer than 20% of customers were responsible for more than 90% of network traffic – a data point that helped drive the decision to move to usage-based broadband pricing of $19.95 a month plus 20 cents per gigabyte used, with all customers getting the maximum data rate possible. Some customers are getting speeds as high as a gigabit per second, Candelaria said.

Included in the base price is a Wi-Fi router provided and managed by Mid-Rivers — a decision made because the company had found that the poor quality of some customer routers also was contributing to problems. Mid-Rivers provides an app and a web portal that customers can use to check their data usage.

Today, “the majority of customers use less than 100 gigabytes a month and their bill is less than $40,” observed Candelaria. Social media commentary experienced a major shift as customers were increasingly satisfied, and customer take-rates began to increase.

Surprisingly, even heavy users of broadband stayed with Mid-Rivers. Those users tend to be streamers and gamers who appreciate getting the fastest possible service, said Candelaria.

The company also has been deploying fiber-to-the-premises in its ILEC territory and recently switched to usage-based pricing in that territory as well.

Business Customer Response
Mid-Rivers has been particularly proud of the response it has received from local businesses. Candelaria noted that local hotels have seen occupancy drop after the area experienced an oil-related boom, followed by a bust. Nearly-empty hotels were paying $500 to $1,000 a month for high-bandwidth connections from competitors but only using a fraction of the capacity. The Mid-Rivers usage-based broadband offering was perfect for them.

During certain months, the hotels’ bills are dramatically lower than they were before.

“When the hotel is full, their bill goes up and they know why,” Candelaria said.

Meanwhile, as businesses that were not Mid-Rivers customers heard about the usage-based offering, “they came to us” after “we beat on their door for 20 years,” he noted.