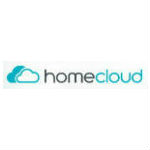 Cloud services are primarily the domain of the SMB and Enterprise sector, but as this important trend begins to mature, cloud services are increasingly finding their way to the consumer market and the digital home. Apple, Amazon, and Google are leading this charge with their cloud offers to manage the digital assets of their customers.

Consumer electronics manufacturers are now beginning to catch this consumer cloud services wave and Westell’s launch of Homecloud is a great example of this movement. Westell describes Homecloud as a Digital Home Manager (DHM). It is a piece of hardware that integrates a wireless router, a network hub, and an application server, into a single device.

Features of Homecloud include:

In effect what Homecloud is attempting to do is give consumers a single device to manage and access all of their digital assets, including photos, video, music, and any electronic file from a centrally based home server. Westell is also including a software development kit (SDK), in the hopes that developers will write applications to it. They claim to be working on an app that will extend remote access to these digital assets, from any IP connected device. Future applications will also include a remote backup of this data to an off premise data center, says Westell.

“We are introducing a new kind of network product to the market,” said Rick Gilbert, Chairman and CEO of Westell Technologies in a press release. “Homecloud effectively networks multiple devices using a variety of operating systems, and significantly simplifies the management and sharing of data and media content.”

Westell is trying to position Homecloud as an alternative to services like iCloud from Apple, emphasizing security and privacy concerns. “Basically, Homecloud allows the user to enjoy the benefits of backup and sharing without the privacy and security concerns or the bandwidth demands that are inherent in cloud-based solutions,” says Gilbert.

The device will retail for $180 and goes on sale September 26th. There are similar products on the market already from D-Link and others. It’s too early to tell if these types of products will gain significant traction with consumers. But consumer cloud momentum is on the rise, with a growing number of implications for the broadband carrier ecosystem.

Verizon Awarded Over $400M Modernization Contract with the FBI