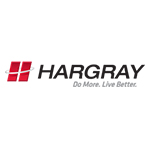 A Hargray Cable One deal will add an Alabama cable system to Hargray’s expanding footprint in exchange for Cable One taking a minority equity interest in the growing South Carolina based regional provider.

“Hargray will be able to use its regional scale to further invest in the Anniston market while continuing to provide Anniston customers with the latest technological advancements and the highest level of customer care,” said Julie Laulis, Cable One President and CEO in a press release. “Additionally, and as a result of this transaction, Cable One will have the opportunity to share in Hargray’s growth while increasing our opportunities for continued investment.”

Hargray Cable One Deal
The Hargray Cable One deal is the latest in an acquisition spree over the past few years for Hargray, which has significantly expanded its footprint throughout the Southeast. The Hilton Head, SC based regional provider now operates in four states, including South Carolina, Georgia, Florida, and Alabama.

Hargray is owned by a long-term investor group led by The Pritzker Organization, which also includes Stephens Capital Partners, Redwood Capital Investments, WaveDivision Capital, and company management. Cable One will also now hold a minority interest. Terms of the deal were not disclosed.

Hargray intends to enhance the newly acquired Alabama network, including upgrading its broadband network to be gigabit capable, the company announced. Cable One operates under the Sparklight brand and has long emphasized broadband over pay-TV in its cable properties, which span 21 states.