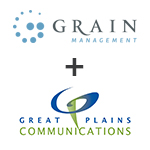 Nebraska-based Great Plains Communications has its roots as a local telco, but like many other small telcos, has expanded its reach and now claims to be the largest privately-owned telecommunications carrier in Nebraska, serving over 90 communities throughout the state. Great Plains operates a regional fiber network in the Midwest which spans approximately 9,500 route miles, with 300 route miles in Omaha.

Great Plains’ network reaches several states including Colorado, Illinois, Iowa, Kansas, Minnesota, South Dakota, and Wyoming, according to the company. The carrier has managed to build a wholesale operation, even exploring international opportunities.

“We are enthusiastic about the outstanding performance Great Plains Communications has delivered for its customers, and we are thrilled to partner with the current management team to continue pursuing their vision of being the region’s leading provider of high-quality, fiber-based telecommunications services,” said David Grain, Founder & CEO of Grain Management in a press release.

Grain Management LLC investments focus on the telecom sector and include over 80 transactions representing $1.2 billion since 2007. The firm focuses on five strategic sub-verticals, including towers, fiber, spectrum, small cells, and satellites.

Current Great Plains owners, including representatives from the Garrigan and Jensen families, say the investment by Grain will allow the company to expand. Current management, including CEO Todd Foje will remain in place, according to these statements.

“With additional resources from Grain Management, the company intends to enhance its presence throughout the Midwest, extending and improving its network for both customers and their communities,” the press release states.

Regional fiber and broadband networks are of growing interest to the private equity community, with many deals taking place in the last few years. In addition to traditional telecom M&A activity in the private and public sectors, regional networks started and owned by smaller rural providers are also now in play. In addition to this transaction, Spirit Communications of South Carolina and Horizon Telecom have been sold in the last year.

Breezeline Will Offer Fiber Broadband in Durham, NH in January