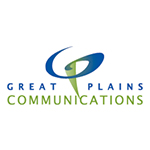 We were surprised to see Great Plains Communications exhibiting at International Telecoms Week in Chicago this week. The company operates a statewide Nebraska wholesale fiber network that also connects to several other cities in the central U.S., including Chicago, Denver, Des Moines, Kansas City, Minneapolis and others – and traditional customers primarily have been North America-based.

Foje previously experienced ITW as an attendee but this is the first year the company decided to exhibit.

Statewide fiber networks operated by rural telecom providers are not unusual, as they exist in several other states. But while many of those networks are operated by consortia of rural operators, Great Plains Communications is somewhat unique in that it is privately owned.

Great Plains Communications is the only company offering fiber backbone connectivity into some of its markets, but in most cases, it faces competition, primarily from larger incumbent carriers. How does the company differentiate its offering?

Matt Reed — director of network engineering for Great Plains — noted, for example, that round-trip latency on the Great Plains network is 20 milliseconds between Chicago and Denver, which he said is less than half what carriers would expect to see.

Turn-up times also are competitive – less than 30 days for speeds of 10 Mbps to 100 Gbps to lit buildings, according to Reed.

Another key selling point is that the company’s routes tend to be geographically diverse from those of the larger carriers – an important consideration for customers concerned about risk management.

Great Plains doesn’t necessarily try to unseat incumbents in vying for new business, however. Instead, Great Plains salespeople may persuade customers to give them a portion of their business, Foje explained. The goal is to show the customers an excellent level of service and perhaps win additional future business, he said.

Great Plains’ initial opportunities were in wireless backhaul, but more recently the company has also found opportunities in other wholesale offerings and in services for the enterprise market. Ethernet service is popular with Great Plains customers, who use connectivity to support applications as diverse as education, financial services and agribusiness, Foje said.