Home » Get Ready for the Consumer Cloud 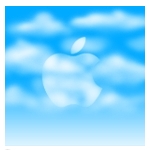 Consumers have been accessing cloud services for some time now. Google Apps is a great example – a hosted email, calendar, and documents service, accessible in the cloud, and free to boot. News is Apple is about to launch their own version of cloud services, called iCloud, which will be formally introduced at the upcoming Apple Worldwide Development Conference on June 6th.  Given Apple’s track record of transforming industries, their entrance into the cloud space should be of great interest to everyone.

There aren’t a lot of details of exactly what iCloud will offer, but there have been some hints. Several recent rumors suggest iCloud will offer access to music and other multimedia content in the cloud, meaning iCloud users can access their digital content wherever they have a broadband connection. Apple could easily add email and other competing services to Google Apps quite easily. The sky (err, cloud) is the limit.

Imagine the implications on broadband should iCloud be a digital locker of sorts for multimedia content and it becomes as successful as most recent Apple products. Apple has north of 160 million iOS devices in the market today (and growing quickly), potentially providing quite an appetite for iCloud services and the bandwidth it will surely require.

iCloud aside, there is much movement in consumer cloud activity already. Another example – Comcast just recently announced their own cloud initiative, code named Xcalibur. With Xcalibur, Comcast wants to make video content available via the cloud to devices of all types, including TVs, mobile devices, and PCs, over an IP enabled connection.

For Comcast, Xcalibur represents a private cloud approach, where they are hosting the cloud on their own network and much of the access to that cloud will be through their own access network. Although, Comcast customers will travel with Xcalibur enabled mobile devices outside of Comcast’s access network as well. Apple’s iCloud probably entails a hybrid, utilizing both public and private cloud networks to access its digitally stored content.

The moves illustrate the growing impact cloud services will have on consumer applications. Indeed, it’s not just an enterprise application and it will certainly add more demands on broadband access networks, perhaps significantly so. Get ready.

2 thoughts on “Get Ready for the Consumer Cloud”