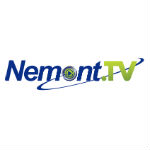 Many video service providers have long offered local content channels, featuring local events, local sports, and special interest stories. The model for providing local content is evolving and many companies are now looking to their local content channels to deliver more than just interesting content for the local community and creating differentiation over competitors – they’re looking to build a solid business out of the production and distribution of that content.

Nemont.TV
Nemont launched Nemont.TV, which in addition to being a traditional local content channel in their channel line-up, is also an OTT channel that can be delivered to multiple devices and is accessible to anyone.

“The model that we have is providing real content, relevant content that really has no boundaries within our service territory,” said Ken Budd – Director of Wireline Operations for Nemont in an interview (below). “That’s where the no-boundaries comes in, so a lot of grandparents, a lot of people that are tied to the community but don’t live there anymore, they can now have access to that local content that normally they wouldn’t have.”

In addition to being a value add for Nemont, Nemont.TV also generates revenue through tiered subscription fees.

“After we started looking at how we offered Nemont.TV and we started tiering it, we’ve seen more of a take rate,” said Budd.

“We all need content, it’s great that we have our football games and the local human interest stories, but what can we do to fill the rest of the time on those channels,” said Edward Hinson – Executive Director of Competitive Operations for Skyline in an interview (above). “What we’ve seen happen there by providing good relevant content… we’ve seen our local channel grow into, I mean, inside of our top 35 most watched channels.”