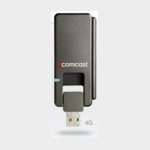 In a much anticipated move, Comcast’s WiMAX product, High-Speed 2Go is official in their Portland market. “With Comcast’s wideband Internet, we already offer one of the fastest wired connections available today. Now with the launch of High-Speed 2Go, we also deliver the nation’s fastest wireless Internet,” said Cathy Avgiris, senior vice president and general manager for wireless and voice services at Comcast in a company statement. Comcast is using Clearwire’s and Sprint’s wireless networks for the new service. While it’s too early to draw firm conclusions, High-Speed 2Go does provide Comcast with a much needed legitimate mobile Internet product, intensifying the competitive landscape in Portland, with other markets to come.

The Comcast High-Speed 2Go products include:

Comcast is a significant investor in Clearwire and intends to eventually leverage the entire Clearwire footprint for High-Speed 2Go service. Clearwire currently operates in Portland, Baltimore, Atlanta, and Las Vegas. Other cable MSO investors in Clearwire include Time Warner Cable and Brighthouse Networks. While their plans have not yet been revealed, it’s safe to say they will follow a similar path to Comcast.

The development highlights a pending high stakes battle between cablecos and telcos. Telcos have had the wireless advantage and are certainly not going to roll over and give in. Cable is not looking to compete head up with a comprehensive mobile wireless product (at least not yet), but rather stress a ‘complete’ broadband experience, both in-home and on the go. On the contrary, telcos don’t have a ‘simple’ bundling process for mobile Internet and wireline broadband. Their wireline-wireless bundles stress more traditional voice wireless service. Look for that to change and probably soon.

As a result, an apples to apples comparison is difficult right now. But, assuming WiMAX matures and can put up a legitimate nationwide fight with LTE, expect a raucous battle between cableco and telco, with the highly coveted prize of a legitimate broadband everywhere experience.