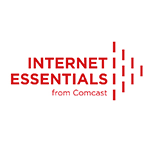 Comcast is partnering with Colorado’s state government to expand the Comcast Internet Essentials program with the aim of bridging the digital divide and improving the reach and quality of education in the US.

Comcast is doubling down on Internet Essentials by launching another pilot program in Illinois, home to the largest community college system in the US.

Offering educational courses and programs via the Internet can be one of the most effective and cost-efficient ways of expanding access to and improving education across all socioeconomic strata, Comcast highlights in its press release. Pursuant to this, the cable MSO joined with schools and government agencies in 2011 to provide low-cost Internet access and offer inexpensive computers to more than 500,000 families – including more than 2 million low-income Americans.

Comcast Internet Essentials Expanded
Students must be recipients of Federal Pell Grants in order to subscribe to the Internet Essentials service. Nearly 40 percent of two-year community college students currently fund their higher education through the program, Comcast highlights. More than 130,000 students in Colorado and Illinois are eligible.

The average US community college student takes much longer than two years to earn his or her associate degrees. Just 4 in 10 (39 percent) graduate from two- or four-year programs within six years, according to the National Student Clearinghouse Research Center.

The average community college student takes 3.6 years to earn his or her degree. That adds an average of more than $80,000 to their investment in education.

The situation is worse for community college students with low income levels: only 13 percent in the lowest income quartile who started a two-year college program earned their associate’s degrees in six years.

Paying for Internet Essentials will give low-income students a leg up at home as well as at school and elsewhere outside their homes, Comcast stated. Furthermore, the program provides links to digital literacy training programs that will benefit students while in school and after they graduate, the cable MSO added.

The benefits of earning a college education have been well documented. Recent research revealed that earning an associate degree from a community college raised the chance of getting a job by 12-15 percent for men and 20 percent for women as compared to those with only a high school degree, Comcast highlighted.

In another study, the American Association of Community Colleges found that those with associate degrees earned $400,000 more over their lifetimes than those with only a high school diploma. Community college graduates added $809 billion to US GDP, which takes into account the income that people earn over their lives, as well as increased productivity and economic multiplier effects.

Looking at Internet Essentials in Colorado to date, Comcast pointed out that participation in the state is higher than in any other state in the US. Nearly 30 percent of eligible families have signed up for the service – 10 percentage points higher than the national average.