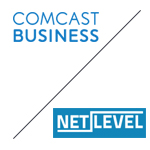 Comcast Business and NetLevel are partnering on an ambitious movie theatre transformation project. NetLevel is a two-year old company that offers a “nationwide, fiber-optic and wireless based, Out of Home Entertainment Network for theater operators,” according to a press release.

NetLevel plans to use the theaters to host a variety of activities during weeknights and other traditional theater off-hours. The theaters will stream sports matches, simulcast concerts and host eSports events and other activities. In order to identify revenue models using this basic concept, Comcast Business is providing connectivity to link 65 auditoriums nationwide through the creation of a Gigabit speed nationwide Ethernet virtual private-line network (EVPL).

“For the first time, folks in San Francisco can watch the next big eSports championship taking place in Houston at their favorite local movie theater with fellow fans,” said Comcast Business Vice President David Brown in a press release. “At Comcast, our network solutions become market differentiators and enable our customers to disrupt and succeed in their respective industries. As streaming and interactive event demand continues to explode, our industry-leading network is equipped to expand proportionately.”

The 65 theaters have been outfitted with Comcast Business’s scalable Gigabit-speed Internet access. That enables them to connect to the NetLevel core network in San Jose, CA. The network enables NetLevel to scale according to demand. The company expects to expand to about 600 theaters by next summer and to more than 10 times that by 2022. Comcast Business will install coaxial cable and fiber at NetLevel movie locations as the network grows.

Movie theaters have good reason to be looking for innovative ways to stay in the game and to stay relevant as an increasing percentage of entertainment money is spent in the home. In a broader report on pay-TV spending habits, Parks Associates reported in August that spending in movie theaters had reduced by half between 2014 and last year.