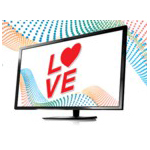 A Cincinnati Bell skinny bundle strategy went live today, testing the limits of the pay-TV bundle yet again. The pared down bundle of channels is similar to a move made by Verizon last year, which was recently modified.

The Cincinnati Bell skinny bundle is branded as MyTV and offers 50+ channels for a base rate of $19/month, including local broadcast channels. Customers can then add separate channel packs, based on genre – Sports, Lifestyle, Entertainment, News, Kids, etc. Each channel pack adds from $6 to $25 additional to the final bill, depending on content selected.

Cincinnati Bell Skinny Bundle Strategy
Michael Morrison, director of Fioptics Service at Cincinnati Bell, discussed the launch and potential risk of MyTV at last week’s ACA Summit during a keynote panel discussion. “We are in compliance,” noted Morrison, alluding to fitting their skinny bundle strategy into their existing programming agreements.

Of course, that’s a matter of interpretation. Verizon also said they were in compliance, but have since adjusted their skinny bundle strategy, and reduced the channel line-ups down to two.  ESPN promptly sued Verizon after the initial launch of their skinny bundle. But the new modified skinny bundle approach by Verizon has put that suit on hold.

At the ACA Summit, Morrison went as far as to say that independent third party lawyers with media experience reviewed the contracts and gave their blessing to Cincinnati Bell. Morrison also cited market research and focus group findings of 80% interest in skinny bundles that saved customers money.

“This package helps fill in everything in the middle between a $20 lifeline package and a $65 bundle,” said Morrison.

The move illustrates an ongoing contentious battle between video service providers and the programmers, both of whom see the changing video landscape, but may differ in how to approach it. Cincinnati Bell is the latest to test the skinny bundle waters. There will be more for sure.