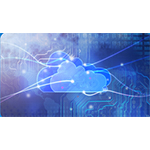 Carrier managed SD-WAN revenue will top $282 million this year, according to Vertical Systems Group, which has now initiated coverage of the category. The revenue figure is based on billable customer and WAN access connections that are installed and under management.

“Carrier-grade Managed SD-WAN Services in the U.S. began to generate notable revenue in the second half of 2018. Prior to this, most providers supported customers with pilot SD-WAN services that were not substantively monetized,” said Rick Malone, the principal of Vertical Systems Group, in a press release. “For 2019, we expect a major boost in revenue with network operators fully ramped up to sell, deliver and support Managed SD-WAN Services. Moreover, a key driver for managed services is the growing appreciation that migration to SD-WAN is considerably more complex than the promise of ‘easily deployed’ plug-and-play DIY solutions.”

The companies that will be followed include Aryaka, AT&T, CenturyLink, Cogent, Comcast, Fusion Connect, GTT, Hughes, Masergy, MetTel, Sprint, Verizon, Windstream and Zayo. Other providers plan to or currently offer services in the U.S.

While $282 million in carrier managed SD-WAN revenue is not overwhelming, VSG clearly sees it as a growing category. The firm’s rationale for launching the Leaderboard can be seen in 2018 announcements. Some examples: