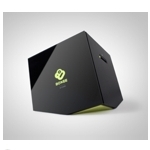 Boxee just raised an additional $16.5 million in venture funding, bringing their total capital infusion to $26.5 million. If you’re in the TV business and you don’t know about Boxee, you should.

Boxee is an Israeli start up that develops software for a media player which interfaces the TV with Internet content and social media. Anyone can download their platform to a PC then connect it to their TV. But Boxee has bigger plans – they’re actively courting set-top-box and other device partners to deploy their platform with a goal of one day being the video and social network gateway for the home.

D-Link is the first device maker to deploy the Boxee platform for a set-top-box, which they and Boxee actively market. The Boxee box competes with Apple TV and Google TV, among others, as a third party set-top-box, targeting consumers who are looking to either cut-the-cord, or augment their pay-TV subscription with a more OTT focused device.

Like most OTT platforms, Boxee offers access to OTT content players like Netflix, Vudu, and YouTube. Boxee also has a social networking component, with built in integration to Facebook and Twitter. Boxee allows you to access digital media files on from your home computer or any digital media source. More importantly, Boxee is attempting to build an application developer ecosystem, where third party developers publish apps to the TV – think of the iPhone experience for the television, brought to you by Boxee. In effect, Boxee is hoping to be a major player in helping define the future of TV.

With their new $16.5 million in funding, Boxee will concentrate on the following:

Is Boxee and products like it a real threat to the pay-TV model? Not currently, but the more important point is that Boxee and products like it are impacting and influencing the television experience in important ways. We may see a day when these OTT devices have a material impact on pay TV subscriptions, or we may not. But regardless, the more important issue for now is understanding how they are impacting the TV experience, subscriber’s expectations, and the overall future of entertainment.