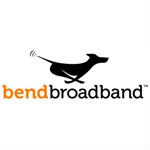 A new Bend Broadband 300 Mbps tier was introduced by the TDS owned cable operator, along with a revised broadband cap policy. Bend Broadband was purchased by tier 2 telco TDS for $261 million in September 2014.

“Over the past year, we’ve QUADRUPLED our network’s capacity, enabling us to deliver faster speeds than ever before,” says Beau Eastes in a blog post announcing the upgrades. “As part of those improvements, we’re rolling out three new Ultrafast Internet packages for residential customers: Ultra 50, Ultra 100 and Ultra 300.”

While gigabit gets much attention these days, 300 Mbps tiers seem to be the focus of many. Bend’s parent company TDS offers an Extreme 300 Mbps tier.

Bend also announced a revision of their existing broadband cap policy. Bend had usage caps ranging from 200 GB to 500 GB per month depending on the plan. Those caps are now eliminated for customers who subscribe to both broadband and video, as well as for certain higher tier broadband subscribers.

Eliminating broadband caps by requiring video in addition to broadband is on the rise. AT&T just announced a similar move for U-verse customers.