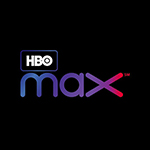 WarnerMedia today unveiled the name of its new streaming OTT service, scheduled to launch commercially in spring of 2020 as HBO Max.

The service will include video content from HBO as well as from Warner Bros. Television and exclusive streaming rights for all episodes of “Friends,” “Pretty Little Liars” and “The Fresh Prince of Bel Air.”

Additionally, the service will be the exclusive streaming home to a string of new Warner Bros.’ produced dramas for The CW beginning with the fall 2019 season, including the new DC Entertainment series “Batwoman,” and “Katy Keene” (spinoff of “Riverdale”).

“HBO Max will bring together the diverse riches of WarnerMedia to create programming and user experiences not seen before in a streaming platform. HBO’s world-class programming leads the way, the quality of which will be the guiding principle for our new array of Max Originals, our exciting acquisitions, and the very best of the Warner Bros. libraries, starting with the phenomenon that is ‘Friends,’” said Robert Greenblatt, chairman, WarnerMedia Entertainment and Direct-To-Consumer, in a prepared statement. “Under the leadership of two of the strongest creative visionaries — Casey Bloys (HBO) and Kevin Reilly (original content and acquisitions) — and two of the most experienced digital experts — Tony Goncalves and Andy Forssell — I have no doubt they and their dedicated teams will deliver the world’s best storytelling to audiences of all ages wherever and whenever they want it.”

Pricing for the service has not been formally revealed, but reports suggest a $16 to $17 per month range. HBO Max will compete with established services from Netflix, Hulu, and Amazon, as well as new entrants including Disney and Apple. WarnerMedia shared much more details about HBO Max content offerings in this press release.