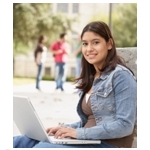 College students are a major force when it comes to U.S. consumer spending, a sizable portion of their discretionary spending goes towards information and communications technology (ICT): $117 billion of a grand total of $404 billion in college market spending is discretionary in 2013, up 30% and 12.5%, respectively, over the past five years, according to re:fuel’s 2013 College Explorer.

Students spend most on food (36%; $42.1 billion), automotive ($17.5 billion) and apparel ($13.1 billion), according to re:fuel’s 13th annual college market study, which it says is the largest of its kind. Reliant on networked computing and communications technology to a greater extent than any previous generation of college students, they continue to add “to their arsenal of technology,” re:fuel notes in its 2013 report, which was undertaken in collaboration with Crux Research.

Smartphones were the most frequently cited electronic device students said they intended to purchase this coming year, with 31% of respondents saying they planned to buy one.

Much of the time spent using these devices is actually devoted to schoolwork it appears. Seventy percent of students said they rely on their laptops for research and coursework, while 47% said they use them in classrooms to take notes.

Despite all this, traditional, off-line learning methods continue to predominate among U.S. college students, however. Seventy-nine percent of respondents said they typically take notes with pen and paper.

Printed textbooks – 59% of the average 6.9 acquired each term – maintain dominance in the college market, with just 19% acquired digitally, according to re:fuel’s 2013 College Explorer. “It seems that highlighted passages, notes scribbled in margins and dog-eared pages are tried-and-true study methods that will last well into the 21st century” re:fuel VP, Marketing & Research Tammy Nelson commented.

Unsurprisingly, entertainment is a big part of college students’ electronic device usage. “In fact, they spend a significant amount of their daily 14.4 hours of multitasking on across devices in pursuit of entertainment,” according to re:fuel.

Sixty-four percent regularly watch TV in real-time on a TV set, while 20% do so on computers. Computers are used to download TV content by 43%, with 28% using tablets to do so.

Second Screens
Interestingly, the researchers found that 49% of U.S. college students use “additional devices to enhance the television experience.” Their use of second screens could be characterized more as multi-tasking, however, according to re:fuel’s report: 63% of respondents said they are using Facebook or Twitter while watching TV on TV sets, 58% are surfing other online sites, 50% are playing games, and 37% are doing school work.

“True second-screening, or ‘social TV’ activities fall much further down the scale with 18 percent researching the content they’re viewing, 17 percent seeing what their friends are watching, and 7 percent responding to on-air polls.”

In contrast, “showrooming” – researching a product in a store – is “quite popular, and influential among mobile pupils,” re:fuel notes. Seventy-five percent of smartphone-owning students who own a smartphone or tablet said they showroom in bricks-and-mortar stores. Seventy-four percent of them wound up making a purchase elsewhere, either on or offline) and 32% decided to purchase a different brand as a result.

“While brand-sponsored second-screening or social TV content may not make the grade, marketers should expect that students will conduct purchase research on-the-fly and that they will be well-equipped to do so,” Nelson commented.

Social Networking Habits
With 86% reporting they use the site regularly, Facebook is the clear leader when it comes to U.S. college students and social networking. That’s up 5 percentage points from the 2012 College Explorer. Used regularly by 38% of respondents and up 8% year-to-year, Twitter ranked second.

Instagram showed strongly in its survey debut, with 30% of college students saying they used the social media service regularly. Google+ was the only social media site that declined in usage, dropping to 29% from 32% in 2012’s survey.

When it comes to site usage and features, 46% said that keeping up with celebrity news is “extremely/very important,” followed by sharing links to their own websites/videos/blogs (36%), staying up to date with brands (34%), and sharing locations/activities with friends (29%). Just 17% said using them to look at friends’ photos was “extremely/very important,” while 16% put the importance of discussing information with friends, as well as staying up to date with friends. at the same level.

In contrast, “tactics that deliver value, such as sampling efforts (just 15% avoidance) or sponsored events (17%), or that are integrated into the immediate environment, like on-campus signage (15%) or campus newspaper ads (17%), have the lowest rates of avoidance.”

Tried-and-true word of mouth recommendations from friends and family was the least avoided method of learning about new brands and products, with 9% avoidance. Students connect with the parents an average 31.1 times per week, including 9 times via social media, re:fuel found.

“As students both expand and re-evaluate their social networks, they continue to make decisions on which information is important to them – which messages they’ll welcome and which they’ll avoid,” Nelson commented. “Mom and dad, however, continue to be their main source of information, advice and approval throughout the college years.