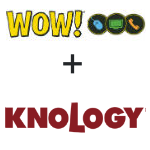 WOW! Internet, Cable & Phone, a relative newcomer to the cable service provider business, announced today that it plans to acquire Knology, a cable provider that traces its roots back more than 100 years, when it started out as a local telephone service provider. The deal is valued to $1.5 billion

The Knology acquisition seems to be a good match culturally for WOW! — also known as Wide Open West —  and has the potential to give WOW! a boost in the business market, which has been a strong focus for Knology.

Both WOW! and Knology have used a triple-play strategy based on overbuilding incumbent cable operators. Knology several years ago bought some of the former GTE cable operations from Verizon after Verizon bought GTE. More recently Knology acquired Sunflower Broadband.

“Our two companies have much in common,” said Abdoulah in today’s announcement. “We share similar beliefs in how employees and customers should be treated, and we both know how to succeed in competitive environments. WOW! and Knology are a natural fit; together, our people, network and operating infrastructure will combine to provide a strong platform for continued growth.”

WOW!, which is controlled by Avista Capital Partners,  expects to pay approximately $19.75 per share in cash for Knology—a premium of approximately 34% over Knology’s recent average closing share price. The deal is expected to close after approval by Knology stockholders and “satisfaction of customary closing conditions and regulatory approvals.” Total value of the transaction is $1.5 billion, which includes about $750 million in debt.

After the acquisition, the combined entity will have more than 800,000 customers, with an addressable market of 2.8 million households in 13 states.