Home » What’s Next for the Universal Service Fund?

The wheels are finally turning on Universal Service Fund (USF) reform, after being a talking point for years without much progress by those in power.

As it stands, communications providers contribute to the USF based on their interstate and international voice revenues, which are mostly VoIP and Wireless. This is assessed against the Contribution Factor – a percentage calculated by the FCC each quarter to ensure they meet their needed funding goals.

The Problem with the Current Contribution Format

As the popularity of phone calls decreased and communication methods transitioned to broadband and text, the pool of contributors to the USF shrunk, while the need for funds stayed the same – or even slightly increased. To counter this, the FCC has consistently raised the Contribution Factor each year, from 6% at its creation in 1997, to 33% in the third quarter of 2022.

This means that voice companies and consumers are paying more every quarter to meet the needs of the USF, to a point where the current contribution methodology has become unsustainable.

In a recent statement by FCC Commissioner Brendan Carr, he discussed the commission’s current stance on possible USF reform based on a recent FCC report. The two main solutions that are being proposed involve expanding the contribution base to include.

The commission doesn’t favor the idea of taxing broadband, saying that it would result in higher end-user fees. Instead, widening the contribution base to include big-tech has gained the most support in the commission.

The argument is that streaming platforms (Netflix, Hulu, etc.) account for 75% of the total network traffic in rural areas. Since these companies are profiting the most from USF-funded infrastructure, they should be contributing to the fund, rather than the consumers.

The Commission says that if these companies were to contribute just a small portion of their digital advertising revenues (7%) to the fund, “not only would the contribution factor be significantly lower as described above, but the amount that consumers would pay would also be significantly lower than today—and potentially eliminated entirely.”

It’s anyone’s say as to what the outcome will be, and while this option has the most bipartisan support, that’s not to say that big tech will accept this option without pushback. It’s more likely that all parties will find middle ground with a compromise that will make big tech companies contribute to the USF, while hopefully lowering the monthly bill for the average consumer.

What Can We Expect in the Short Term?

With the FCC passing the baton to Congress, it’s now up to them to determine whether they will give the FCC the legislative authority to expand the contribution base to include BIAS or Big-Tech companies. Congress and commenters are deeply divided on the issue of the FCC’s authority to change the current methodology, so these reforms will likely take months, or in a worst case scenario, years.

Commissioner Brendan Carr predicts that if nothing is done, the contribution factor can hit 75% within four years, and some experts believe that it could be up to 40% in 2023.

Some commentators have called for a pause on USF contributions entirely until the reforms play out, although a complete pause would risk losing billions of much-needed dollars that help sustain high-cost funded programs.

With that said, USF reform is finally on the horizon. It’s unclear how this will play out, but one thing that’s certain is that any progress on reform should be looked at in a positive light. In the meantime, you should learn more about how USF Traffic Studies can lower your contribution now. 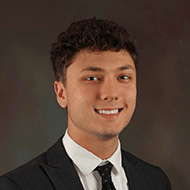 John graduated from the State University of New York at Oswego with a degree in Information Science with a minor in Business Administration. He is ATS' Technical Product Manager with a primary focus on regulatory affairs related to telecommunications.

FCC Asks Congress for Help on USF Contribution Base Reform