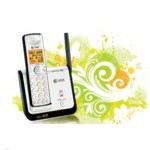 Say what you want about the local wireline telephone business – dying on the vine, melting ice cube, past its prime, etc. – it’s still the primary business for hundreds of phone companies across the U.S., with a couple Fortune 500 companies among them (CenturyLink, Qwest, and probably Frontier, post Verizon transaction). Many a telecom analyst will indict wireline voice as a dying business – one with no future. But is it?

There’s no question that if left alone, traditional dial tone is losing favor with consumers. While certainly in no danger of extinction, dial tone does have to change for it to remain a relevant service going forward. So what are traditional telcos to do? Throw in the towel? Waive the white flag? Hardly.

The future of wireline voice lies in IP voice, and there are a couple of good examples to look to. Probably the highest profile IP voice products among incumbent telcos belong to SureWest and AT&T. Both of these companies have rolled out a primary line IP voice product to specifically address traditional wireline loss, and the early indications are promising. While not acting as a one-for-one replacement, these IP Voice initiatives are stemming the loss of traditional wirelines, but maybe more importantly helping to drive bundle penetration and ARPU growth.

Take a look at the latest numbers from AT&T and SureWest on their IP voice products, U-verse Voice and Digital Phone respectively:

What other voice product is growing north of 20% for incumbent phone companies? One only has to look the cable industry to see the power of IP voice. Comcast didn’t become a top five telephone company by selling traditional dial tone. They did it by offering an innovative voice product at a competitive price point through an effective bundling strategy. In short, they and other MSOs changed the game for voice services.

Don’t miss the message. I’m not suggesting that IP voice alone will save the local wireline telephone business, replacing dollar for dollar losses. It won’t. But early indications suggest IP voice can help slow traditional wireline erosion, while also helping grow IP based revenue, which is the future of the business. AT&T and SureWest seem to be leading the way.