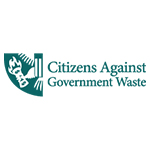 Non-profit organization Citizens Against Government Waste issued a report this week arguing for an auction, rather than a private sale, of C-band spectrum currently used by satellite operators but targeted for future 5G deployments. The C-band includes a total of 500 MHz of spectrum between 3.7 and 4.2 GHz that is currently used by satellite providers, in large part for video content delivery.

Working as a single consortium, several of those providers have asked the FCC for permission to sell a portion of the spectrum band, arguing that this move would enable the spectrum to be repurposed more quickly than if the FCC were to auction it.

Citizens Against Government Waste (CAGW) sees it differently, arguing that ‘[i]f this mid-band spectrum is sold through the normal FCC auction process with strong oversight, the proceeds would go to the taxpayers; incumbent users of the spectrum would be protected; and the spectrum would be used for 5G development and deployment. If it is sold on the secondary market through a private sale, there is no guarantee taxpayers would see any of the revenues generated from the sale; incumbent users are not assured they will be made whole; and there would be limited FCC oversight.”

According to the report, the C-band could generate $11 billion to $60 billion for taxpayers, depending on the amount of spectrum available for sale. The spectrum is considered “mid-band” frequency, which some stakeholders see offering the optimum mixture of coverage and speed in comparison with higher- or lower-frequency bands. The spectrum band also is adjacent to the CBRS band, a band targeted for an upcoming auction, which could potentially yield synergies for service providers holding licenses for spectrum in both bands.

CAGW isn’t the first entity to oppose the C-band sale. T-Mobile, several rural service provider associations and others also have voiced opposition. But the involvement of government watchdog group CAGW illustrates that the issue has attracted attention beyond the service provider community, and suggests that a private spectrum sale could be a tough sell when it comes to the general public.

A Private C-Band Spectrum Sale?
The operators that currently have satellites in the C-band and have formed the C-Band Alliance with the goal of selling the spectrum privately include Intelsat, SES, Eutelsat and Telesat. A key concern for CAGW is that the C-Band Alliance members are not the only satellite operators using the band, said Thomas Schatz, CAGW president, in an interview with Telecompetitor. Yet proceeds from the sale would go only to alliance members.

The alliance has proposed selling 200 MHz of the C-Band, which would require either repacking users of the satellite services into the remaining 300 MHz of the band or another band or somehow protecting incumbent users remaining in the 200 MHz portion. That idea wouldn’t be without precedent, as there have been major advances in spectrum sharing technology, but it raises another concern for CAGW.

According to Schatz, the C-Band Alliance has proposed to pay the expenses to move its own customers but has not offered to do so for users of the band that are served by other satellite operators. Repacking customers would involve updating the earth station infrastructure that the customers use to connect to the satellite.

Schatz also noted that while the C-band is often used for video programming delivery, it serves other purposes as well. The CAGW report cites the example of some Alaskan Telecom Association members that rely on satellite technology to deliver phone service, telehealth and distance learning.

Asked about the CAGW report, Peter Pitsch, head of advocacy and government relations for the C-Band Alliance, said in an email to Telecompetitor that “the overriding goal of good spectrum policy is to move spectrum to its highest and best use–as quickly as possible and at the lowest possible cost to society. The ‘market-based approach’ advocated by the C-Band Alliance is the best means of achieving that goal. The larger public interest benefits of enabling 5G use of this ‘goldilocks’ midband spectrum in the 18 to 36 months committed by our plan dwarf any benefits of any revenues gained from a public auction at some point many years in the future.”