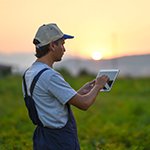 Several rural groups, including NTCA – The Rural Broadband Association, the Rural Wireless Association, the National Rural Electric Cooperative Association and others, have sent a letter to FCC Chairman Ajit Pai and to the chairmen of the House Energy & Commerce Committee and the Senate Committee on Commerce, Science & Transportation urging the policymakers not to allow a “private entity” to oversee the transition of C-band spectrum to use by communications network operators.

The private entity to which the letter refers undoubtedly is the C-Band Alliance (CBA), which is comprised of four satellite providers that currently use the spectrum, but no longer need the entire spectrum band. The CBA has asked to be allowed to sell C-band spectrum that its members do not need.

Sell C-Band Spectrum?
The C-band consists of 500 MHz of mid-band spectrum between 3.7 and 4.2 GHz. The CBA – comprised of Intelsat, SES, Eutelsat and Telesat – uses some of the spectrum to distribute video programming to cable operators and other video providers but has proposed to sell a portion of the band to network operators. According to the CBA, that approach would be the quickest way to get the spectrum into the hands of the network operators, enabling new networks to be put into service more quickly.

In their letter, the rural groups offer an opposing view.

“There is much concern among those most vested in serving rural areas that a transfer of the spectrum via an unprecedented private market transaction will lack the transparency, expediency, fairness and necessary oversight of an FCC-led auction – and thus ultimately lead to a spectrum transfer to the largest, most well-financed mobile wireless providers,” the letter argues.

According to the letter, a C-band auction could generate tens of billions of dollars. The letter also hints that some of that money could be used to enable wireless service to be offered in high-cost areas.

“Congress could direct the [FCC] to set aside a significant portion of the auction proceeds to support the deployment and sustainability of both fixed and mobile broadband infrastructure,” the letter states.

This idea could see support from Pai, who made a similar proposal before becoming chairman.

Members of some of the groups signing the letter offer video services. Accordingly, the letter also argues that any changes to spectrum licensing rules should “fully protect incumbent users and consumers from harmful interference, service loss and disruptions.”

The rural groups join T-Mobile in opposing the CBA proposal. T-Mobile has proposed that the FCC conduct an incentive auction of C-band spectrum, with satellite providers sharing in the proceeds with the government.

Whether to auction C-band spectrum or to allow satellite providers to sell it is just one issue related to the C-band that policymakers must address. Also on the table is a proposal to reserve a portion of the spectrum for fixed wireless use. And if policymakers decide to do a C-band auction, the rules for that auction — including license size and term – will be fiercely debated.

The stakes are particularly high, considering that the C-band is adjacent to the CBRS band, potentially yielding synergies for network operators that obtain spectrum in both bands.