Could Verizon Wireless be using an Academy Awards-style approach to its announcements about sales of its lower 700 MHz spectrum? Academy Awards presenters always start out with some of the more minor awards, gradually leading up to bigger awards like Best Actor and finishing with Best Picture. Perhaps we will see the same approach from Verizon, which earlier this month announced sales of just a few 700 MHz licenses to small rural telcos Panhandle Telecommunications Systems and Nortex Communications but today announced a considerably bigger one.

At least one and likely both of the previous two purchasers of Verizon Wireless lower 700 MHz B-block spectrum plan to use it to deliver fixed wireless broadband connectivity and it would appear that Clear Talk, which already has such an offering in some areas under the ClearBurst name, is also likely to pursue that business model. U.S. telcos have had difficulty obtaining mobile handsets for use in the lower 700 MHz A- and B-blocks because the quantity of devices they would require is considerably lower than for the larger national carriers that own most of the spectrum in some other 700 MHz blocks.

Verizon Wireless agreed to auction numerous unused lower 700 MHz licenses upon approval of its purchase of unused AWS spectrum from several of the nation’s largest cable companies and many industry observers have speculated that AT&T, which is hungry for spectrum, would be a logical purchaser.

Verizon Wireless’s 700 MHz sales announcements could yet culminate in a Best Picture-style sale to AT&T in markets such as those. 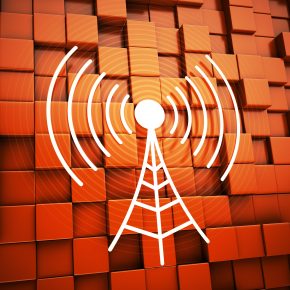 FCC 2.5 GHz Auction to Start July 29, Will Have a Strong Rural Focus